If you're not following me on twitter or facebook you may have missed out that I started a Dragon Age series (that's nearing 500K words because I am a blabber mouth).

It began as an idea I had to wind together Cullen with the Hero of Ferelden and turned into an amazing chance for me to meet and get to know some awesome people.

One of them is Space_Aged who out of the blue did a picture of Cullen and my Amell. 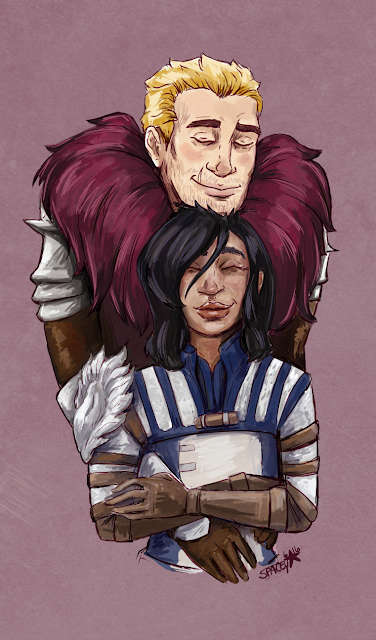 Because that's not enough, she surprised me again by illustrating a scene from My Future.

It was in Black & White, but I - in trying to avoid writing - decided to color it. 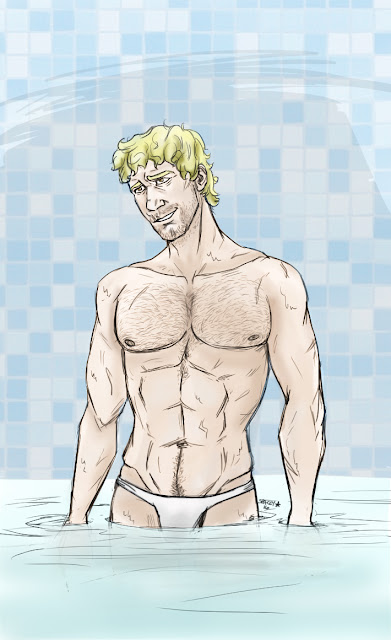 She was entertained with my coloring instead of chucking badgers at my head, so I did a few more.

Here's an adorable one of Cullen and Alistair being all sweet. 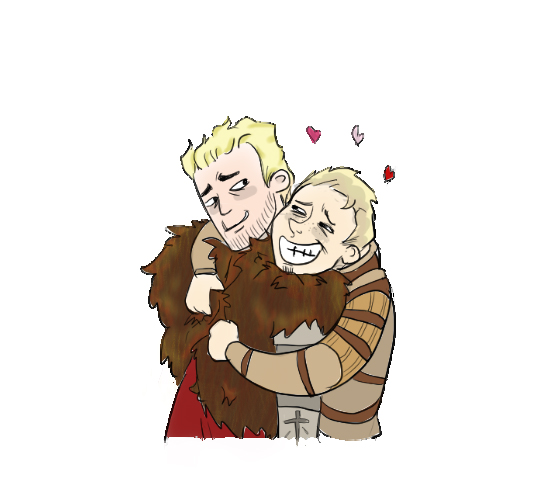 And this adorable one of Cullen & Dorian: 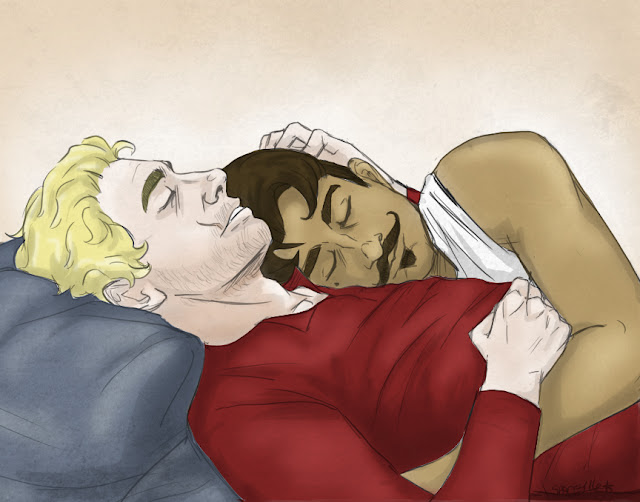 Anyway, head on over to her tumblr, check out her stuff and give her a note, or chord, or however tumblr works.

ETA: two more I colored on because I need a project badly: 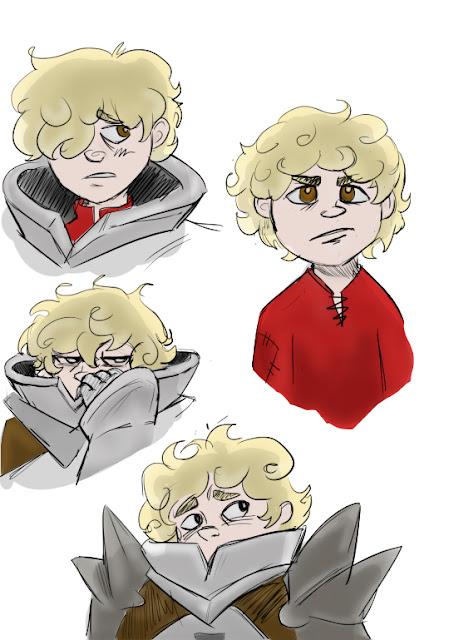 In preparation for Book 3, I ordered a fancy commission of Taliesin. He's my elven assassin in Dwarves in Space. 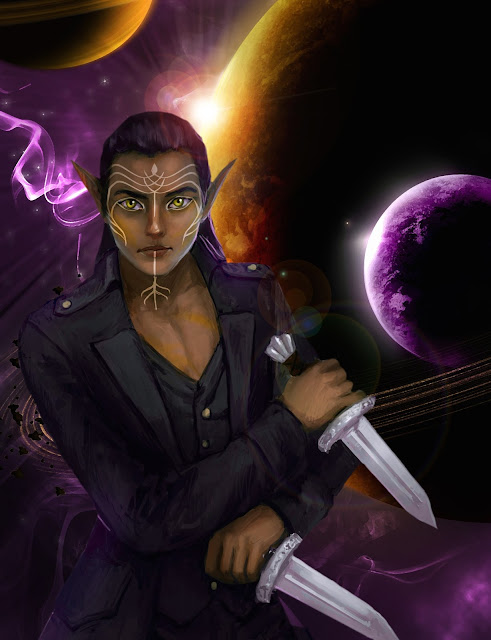 I got it from Icedwing Arts who also did my Variel. 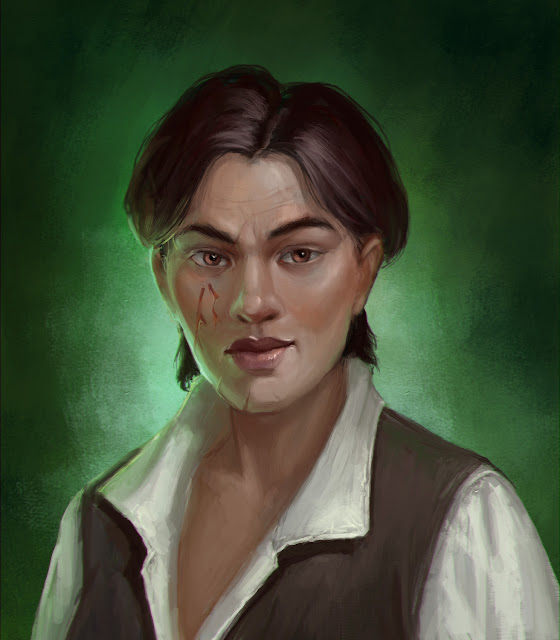