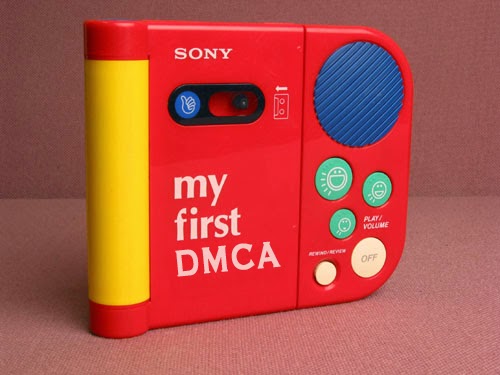 I'm a terrible narcissist and rarely google my own name But yesterday, to avoid writing, I gave it a go for the first time in a few years.

And then I remembered why I almost never do it.

Mixed in with all the book and painting and cthulhu barbie links was one to a forum. A forum for pirates. Not one for broken down animatronics from Pirates of the Caribbean looking for a new job. Nor for buccaneers trying to wriggle under the slander of the name pirate.

It was that kind of pirate.

They were even kind enough to highlight my name for me so I could find it getting ripped off even easier.

Well, Bob -- Do you mind if I call you Bob? Actually, I don't care if you do. Bob, see, the thing is BOB, if you want to download my book, it's really easy. There's this thing called Amazon. Maybe you've heard of it?

Big place, full of trees, man eating snakes, and mono-breasted women that ships everything under the sun directly to your door.

That's where you download my book, Bob. That's where it costs you a buck. A freaking candy bar to download what you have to have to so bad you'll go slumming with pirates to get.

Someone kindly did the pirate search for Bob in that forum and found one of god only knows how many sites that was hosting my book. The best part, that site charged $2.99 so people could steal whatever they want off it. Bob could have just bought my damn book and had change left over.

But then Bob wouldn't have that thrill of sticking it to the man. The man of some self publisher scraping by just to break even. That man. We all really hate that man.

After I stopped seeing red, I noticed a DMCA link at the bottom of the page. Big shock a download site would have one to cover their assess. Tee-hee, of course we're serious about copyright. I'm just shocked that so many recent and new things we have and charge for are in public domain. It's amazing really. People sure like giving their stuff away for free for some reason.

I filled out their form and was informed they took down the link. It's tossing a pebble into the stream I know, but I felt a bit better for slightly inconveniencing a few assholes.

The favorite argument of people who really enjoy stealing is that pirating is a good thing. It'll encourage people to find your stuff and share it for free.

Except, you now have a vast fanbase of people who don't believe in ever paying for anything. Which means that artist gets nothing, no money, and will starve while that rabid fanbase insists they get whatever they want but still for free. Because paying for things is for chumps.

Like weeding the side of a ditch one pluck at a time, I can't hope to stem the tide; but I suppose some good can come of this.

There's the question of at what point someone can call themselves an author. Is it with the first book published? The first sale? The first The End? No one really knows. But, I'm pretty sure you can definitely call yourself one with your first DMCA takedown.

Welcome to the big leagues!

Next boxes to check are 1) plagiarism, 2) a fake account using your name, 3) hater(s) of your work.

I've got #3, at least according to a few reviews. I'm just glad they didn't buy the rest of the books to slag them as well.

BUT! I've never had anyone ask to pirate my stuff by name, so you're ahead of me. JA Konrath claims that piracy isn't anything to worry about, but there might be a difference between someone who has sold a million books and one who hasn't.

One bad boy demon for her birthday…

Layla gets a dangerously hot incubus for her birthday. At least that's what he claims to be when he appears after midnight in her living room.